Do you ever feel like your weaknesses hold you back in life? Here’s what one little-known Bible story has to say about that.

I’ve often felt like being too quiet and introverted have held me back in my career, relationships, and even faith. I’ve often thought if I was just more outgoing or confident I could achieve more or even have stronger relationships.

Maybe your “weakness” looks different. Maybe it’s a chronic illness, physical limitation, or even people have said that opposite about you – that you’re too loud or too much. Another word for weakness in this story could just be “different.”

I’m currently reading through the Old Testament and am still amazed at how many stories it feels like I’m reading for the first time. Recently, I read through the book of Judges and learned about a man named Ehud who had something about him that was a little different than the rest.

Haven’t heard of him? Me either. But before I dive in, if you’re able, read Judges 3:12-31 yourself. I’d also recommend Halley’s Bible Handbook to help with questions that come up while reading. And trust me, in the story of Ehud, I had a lot of questions! 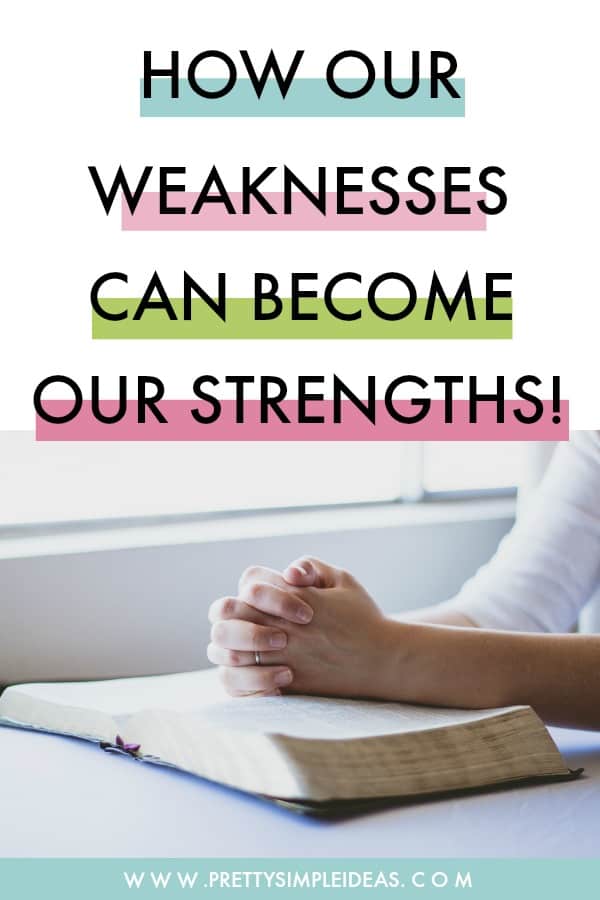 Because they were not following God at the time, He gave power to an evil king named Eglon, King of Moab. Who oppressed them for 18 years, and surprisingly, the Israelites cried out to God to set them free.

“The Lord raised up a deliverer for them: Ehud the son of Gera, the Benjamite, a left-handed man.” (Judges 3:15)

Why is being “left-handed” highlighted? Apparently, at the time being left-handed was considered a weakness, or in the very least, different than everybody else.

Ehud came from the tribe of Benjamin and they were known for being “left-handed” but also ambidextrous. This is what made many of them so great in battle. But Ehud was not right-handed, or ambidextrous, he was only left-handed.

The story goes on to say, “By him, the children of Israel sent tribute to Eglon king of Moab. Now Ehud made himself a dagger (it was double-edged and a cubit in length) and fastened it under his clothes on his right thigh. [At the time, they placed their daggers on the opposite leg as the hand they used] So he brought the tribute to Eglon king of Moab (Now Eglon was a very fat man.) And when he had finished presenting the tribute, he sent away the people who had carried the tribute. But he himself turned back from the stone images that were at Gilgal, and said, ‘I have a secret message for you, O King.’”

A tribute was a tax people had to pay to their king at the time. Ehud was in charge of bringing the tax from the Israelites to the King. But as he was pretending to leave he tricked King Eglon by telling him he had a secret message from God for him. He then sent everyone else out of the room.

(WARNING! This is where the Bible story gets a little gross. You’ll also ask, “That’s in the Bible? Yes.)

“Then Ehud reached with his left hand, took the dagger from his right thigh, and thrust it into his [King Eglon’s fat] belly. Even the hilt went in, after the blade, and the fat closed around the blade, for he did not draw the dagger out of his belly; and his entrails came out. Then Ehud went out through the porch and shut the doors of the upper room behind him and locked them.” (Judges 3: 21-24)

I told you it was gross. But it’s also a pretty amazing story.

I’m going to come back to the part about the king being so fat but in the meantime, the rest of the story goes on like this:

“When he had gone out, Eglon’s servants came to look, and to their surprise, the doors of the upper room were locked. So they said, He is probably attending to his needs in the cool chamber. So they wanted till they were embarrassed, and still, he had not opened the doors of the upper room. Therefore they took the key and opened them. And there was their master, fallen dead on the floor.

“But Ehud had escaped while they were delayed, and passed beyond the stone images and escaped to Seirah. And it happened when he arrived, that he blew the trumpet in the mountains of Ephraim, and the children of Israel went down with him from the mountains; and he led them. Then he said to them, ‘Follow me, for the LORD has delivered your enemies the Moabites into your hand. So they went down after him, seized the fords of the Jordan leading to Moab, and did not allow anyone to cross over. And at that, they killed about ten thousand men of Moab, all stout men of valor, not a man escaped.” (Judges 3:24-29)

Why were the guards “embarrassed?

How did Ehud escape?

What did being left-handed – his weakness or difference – have to do with his victory?

The guards were embarrassed because after Ehud stabbed the king, he locked him in his “cool chamber” or bathroom. The guards assumed he was “sick” or relieving himself so they kept their distance to give him some privacy.

The fact that the king was very fat actually helped Ehud escape. Because the knife went in enough to kill him, but the fat enclosed it, commentaries claim that Ehud didn’t get any blood on himself. He was able to leave the King’s chamber without the guards noticing any blood. Obviously, if he had gotten blood on himself he would have been killed on the spot.

Instead, he not only escaped but had enough time while the guards delayed, even more, to go gather his people to attack the Moabites.

Lastly, Ehud being left-handed – his weakness- helped him get into the King’s chambers. Since most people were right-handed, guards would check a man’s left thigh for any weapons. But Ehud, being left-handed, kept his on his right hand, successfully hiding it from them.

I can’t help but think of 2 Corinthians 9:11 when I read this story.

“But he said to me, ‘My grace is sufficient for you, for my powers is made perfect in weakness.’ Therefore, I will boast all the more gladly about my weaknesses, so that Christ’s power may rest on me. That is why, for Christ’s sake, I delight in weaknesses, in insults, in hardships, in persecutions, in difficulties. For when I am weak, then I am strong.”

There are so many stories in the Bible of God using “weak” or imperfect people to accomplish His will. Moses, David, and Mary come to mind just to name a few. God doesn’t need out “strengths” for victory. In fact, it’s better when we are weak so we don’t get the glory, but instead God does.

And in the end, After Ehud was able to successfully lead the people to attack Moab, there was peace in Israel for 80 years. All because of his “weakness” and willingness to obey God.

What weakness, imperfection, or difference do you feel hold you back today? Although, we may not see the full picture yet, such as Ehud didn’t in this Bible story, let’s thank God for them. Because in them we are strong.

If you liked this you might also enjoy: 5 Surprising Characteristics of a Peacemaker 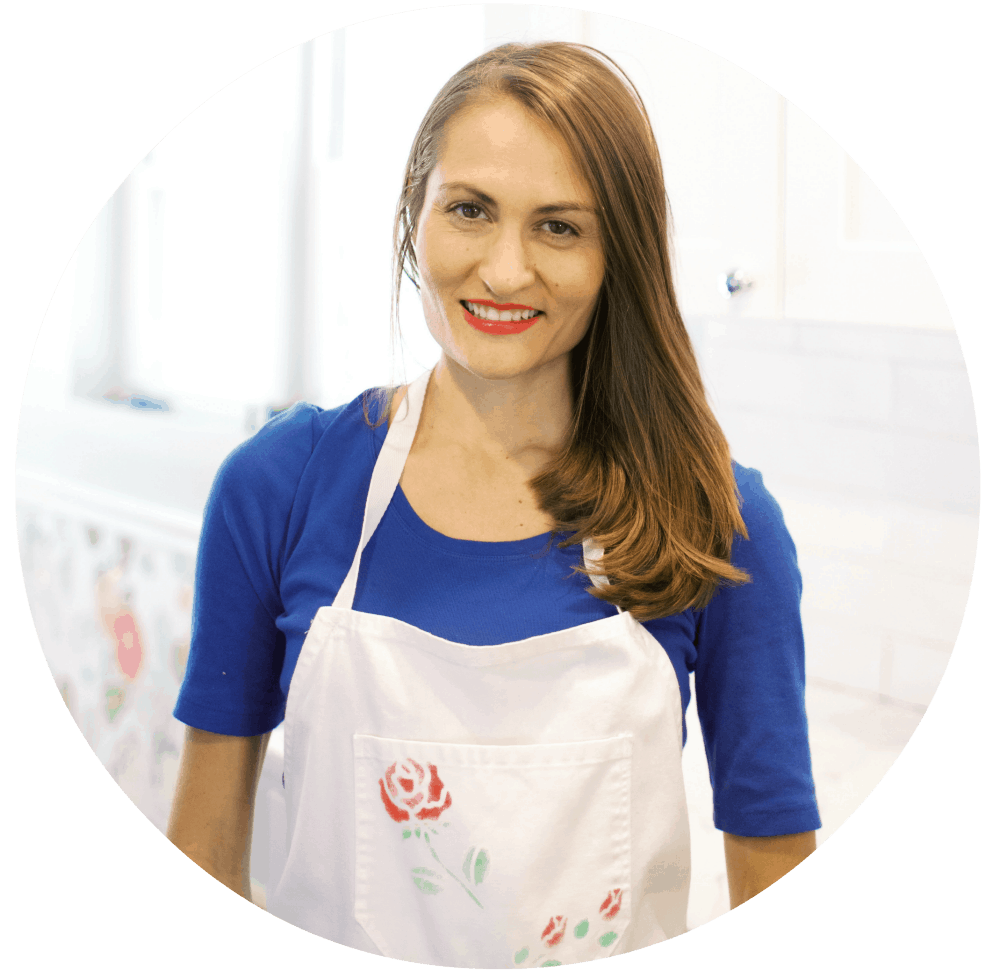 Be right back. Gonna try this at HomeGoods. ⠀⠀

Looking for the EASIEST DIY to do with your Little

👧 It's safe to say she loves her playhouse from